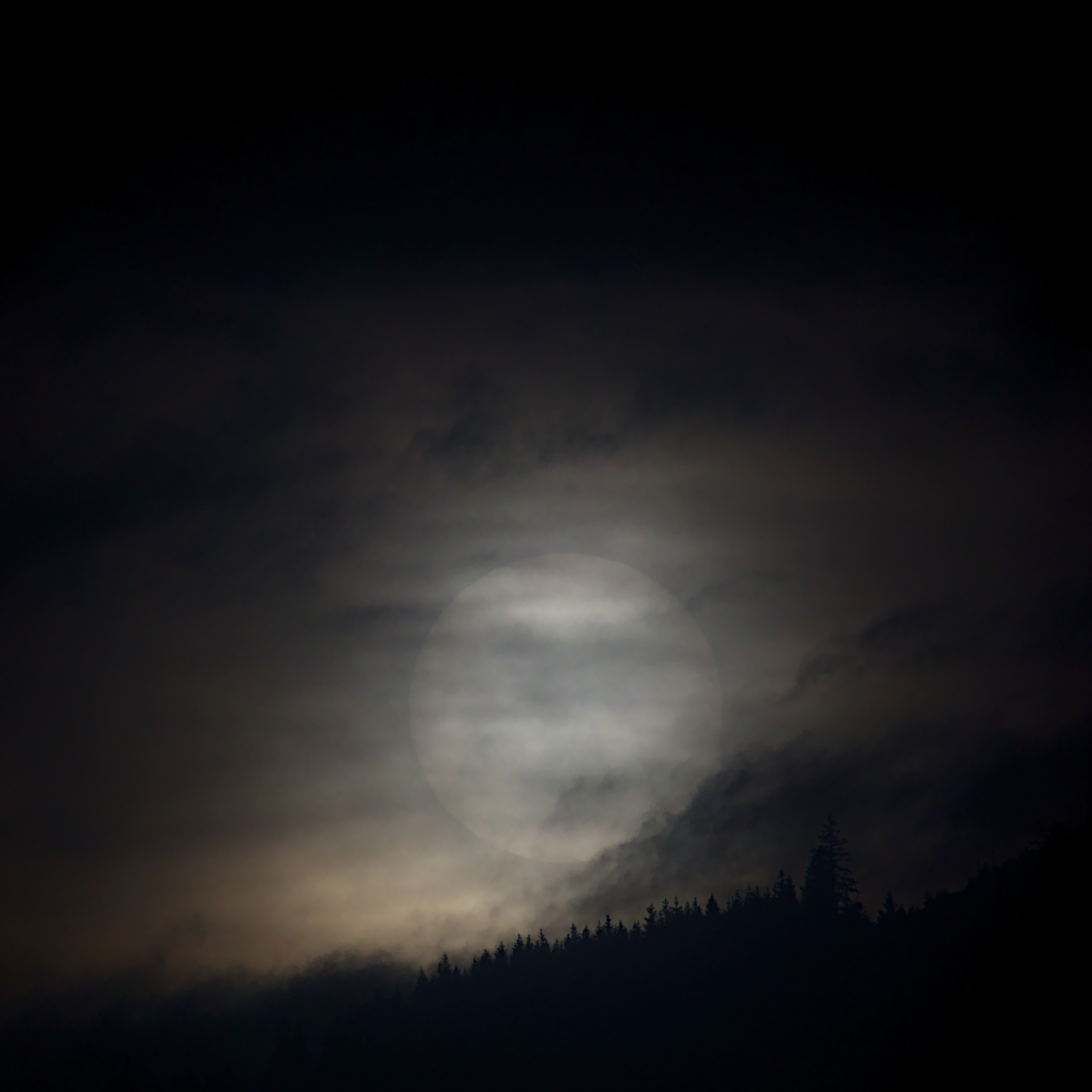 A couple of days ago we were hit by an artic cold weather front that brought the joy of beautifully clear skies. In stark contrast, before that we had several very humid days with fog and high clouds. The humidity sometimes meant that you could look directly at the sun without getting blinded immediately. I tried to capture that sensation shortly after the sun became visible one morning and failed. Instead of a very bright and nearly blinding photo I ended up with a (nearly) black and white image of the sun. Or was it the moon? 😉